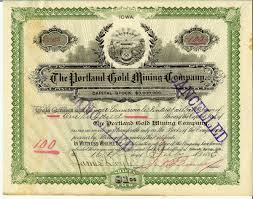 The rules of standing to seek judicial dissolution of closely held New York business corporations can be confusing. Correction: they are confusing.

Here I’m not referring to disputes over whether someone is a shareholder at all, or holds a specific percentage. I’ve posted many an article on this blog about dissolution cases in which the petitioner’s stock ownership was challenged for lack of documentation and/or as inconsistent with the entity’s organic instruments, tax returns and other business records.

Rather, I’m referring to the statutory criteria for standing and the judicial application of those criteria to situations in which a challenge is raised concerning whether a particular, otherwise-uncontested ownership interest confers eligible holder status as to the entity whose dissolution is sought.

Let’s start with the statutes.

Section 1104 of the Business Corporation Law.  This statute authorizes a petition for judicial dissolution based on director or shareholder deadlock and internal dissension brought by “the holders of shares representing one-half of the votes of all outstanding shares of a corporation entitled to vote in an election of directors.” Note that the statute requires the petitioner to own voting shares, and that it specifies a 50% voting interest — no more, no less.

The 50% requirement has a pair of exceptions spelled out in § 1104 (b) and (c), although I’m hard pressed to recall ever seeing a court decision in which either exception was invoked. Under § 1104 (b), if the corporation’s certificate of incorporation requires a super-majority for board action or an election of directors, the petition may be brought by the holders of shares representing “more than one-third” of the voting shares. Note that a super-majority requirement in the shareholders’ agreement — where they are more commonly found — does not fit within the exception.

The second exception, under § 1104 (c), authorizes any holder of voting shares, regardless of percentage, to petition for dissolution on the ground the shareholders are so divided that they have failed, for a period which includes at least two consecutive annual meeting dates, to elect successors to directors whose terms have expired or would have expired upon the election of successors.

Most commonly, this statute is invoked by minority shareholders claiming a squeeze-out or other oppressive conduct by the majority shareholders. But the statute does not confer standing on all minority shareholders, only those holding shares “representing twenty percent or more of the votes of all outstanding shares of a corporation . . . entitled to vote in an election of directors.” New York is one of the few states that imposes a minimum percentage, for which there’s little or no legislative history or support in the model acts. I can only imagine that the arbitrary 20% minimum was a compromise forced by legislators opposed to the prospect of putting close corporations at the mercy of a shareholder holding a “tiny” minority interest.

Judicial Decisions Clarifying the Statutes. Not surprisingly, the statutes’ broadly-defined standing requirements have invited a number of judicial decisions interpreting and applying them in a variety of contested circumstances. Following is a sampling of the major ones:

Aggregation of Stock Interests Allowed. Both statutes use the plural term “holders.” In Matter of Kemp & Beatley, Inc., 64 NY2d 63 (1984), in which New York’s highest court adopted the reasonable-expectations test for oppressive conduct under BCL § 1104-a, the court upheld an order granting dissolution at the behest of two shareholders, neither one of whom owned 20% of the voting shares but who together held a combined 20.33% interest.

50% Shareholder Has Standing Under § 1104-a. Section 1104-a confers standing on holders of “twenty percent or more” of the voting shares. In Matter of Cristo Bros., 64 NY2d 975 (1985), New York’s highest court ruled that the statute means exactly what it says in upholding a petition brought by a 50% shareholder. I can readily imagine circumstances in which a shareholder holding over 50% likewise would have standing under § 1104-a.

Single-Entity Theory Doesn’t Give Standing to Dissolve Non-Owned Entities. In Matter of Wiedy’s Furniture Clearance Center Co., 108 AD2d 81 (3d Dept 1985), the court rejected the petitioner’s argument for treating multiple, affiliated companies in which the petitioner held no stock interest as a “single entity” subject to dissolution, together with the corporation in which the petitioner held a 33% interest. The court also noted that, even if it accepted the petitioner’s “single entity” characterization, he would have held less than 20% of the combined corporations.

Single-Entity Theory Doesn’t Defeat Standing to Dissolve Owned Entity. In Matter of Sternberg, 181 AD2d 897 (2d Dept 1992), the court addressed the reverse of the argument made in Wiedy’s, holding that the petitioner’s ownership   of less than 50% of five, interlocking affiliates did not defeat petitioner’s standing under § 1104 to seek dissolution of the corporation in which he held a 50% share.

Equitable Ownership of Shares Held in Trust Does Not Confer Standing. In Matter of TDA Industries, Inc., 240 AD2d 262 (1st Dept 1997), the court held that petitioner’s equitable ownership of shares in the hands of pension plan trustees could not be used to satisfy § 1104-a’s requirement of a 20% interest in the corporation’s voting shares where the pension plan eliminated pass-through voting rights.

Executor Has Standing to Seek Dissolution. In Matter of Brown, 295 AD2d 127 (1st Dept 2002), the court held that an executor had standing to seek dissolution under § 1104-a of a co-op corporation in which the estate held 36% of the voting shares.

De Facto Merger Doctrine Doesn’t Extend Standing to Second Corporation. In Matter of Akcan (Vita Ristorante 58, Inc.), which I wrote about here, the court rejected the argument that petitioner’s ownership of shares in one corporation gave him standing to seek dissolution of a second corporation as to which he claimed a de facto merger with the first corporation.

What About LLCs? There isn’t much to say about standing to seek judicial dissolution of a limited liability company under LLC Law § 702. The statute’s sole criterion for standing is membership in the LLC, which generally is determined by the operating agreement. Though I’ve not seen a New York case addressing the issue, pursuant to LLC Law § 604, presumably the assignee of a membership interest lacks standing to seek judicial dissolution. Finally, in JG Club Holdings, LLC v Jacaranda Holdings, LLC, 2012 NY Slip Op 50724(U) (Sup Ct, NY County Apr. 20, 2012), which I wrote about here, the court held that a member of LLC #1 that in turn is a member of LLC #2 lacks standing to seek dissolution of LLC #2.