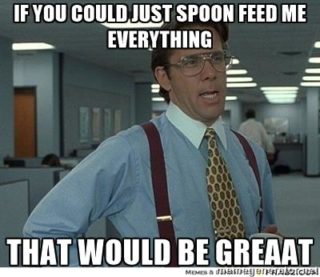 Pay attention to your K-1s or they may come back to bite you, is the lesson of Bruder v Hillman, Docket No. A-5055-15T1 [N.J. Super. Ct. App. Div. June 27, 2017], decided last week by a New Jersey appellate panel which rebuffed a limited partner’s attack on the validity of the partnership’s conversion to a limited liability company.

The court’s opinion describes the plaintiffs as “sophisticated real estate investors”  who in 1984 formed a New Jersey limited partnership to own and operate a large apartment complex in Virginia which some years later filed for bankruptcy.

The bankruptcy case settled in 1992 with a restructure agreement and an amended partnership agreement under which the defendants invested almost $12 million and took control of the partnership as general partner, with the plaintiffs retaining limited partner interests.

The plaintiffs brought suit in 2013, claiming that they only learned of the conversion the year before and that the conversion was not only illegal because they were uninformed, but that the operating agreement significantly altered their rights including exculpating the LLC’s manager from liability, creating new membership classes, and increasing fees paid to the management company. Plaintiffs contended that the conversion amounted to an unlawful dissolution of the limited partnership and sought to unwind the conversion consummated six years earlier.

The lower court granted summary judgment dismissing the complaint, concluding that defendants properly converted the limited partnership to an LLC; that the plaintiffs received notice of the conversion; and that the statute of limitations and doctrine of laches barred the complaint. Plaintiffs appealed.

The appellate panel’s decision affirming the lower court relied solely on the equitable doctrine of laches, which it defined as “an affirmative defense that precludes relief when there is an `unexplainable and inexcusable delay’ in exercising a right, which results in prejudice to another party.”

Delay, of course, implies knowledge of that which would otherwise prompt the taking of action. In this case, the plaintiffs’ undisputed receipt of form K-1s identifying the LLC as issuer, and their filing of the K-1s with their own tax returns, should have put the plaintiffs on notice of the limited partnership’s conversion to an LLC in 2007. The court also pointed to undisputed evidence that plaintiffs had access to an electronic portal from which, had they taken advantage of it, they “would have learned of the conversion and all relevant documentation associated with the Freddie Mac refinance.”

Quoting from the lower court’s ruling, the panel showed no sympathy for the plaintiffs’ claimed lack of knowledge of the conversion:

“It was not [defendants’] responsibility or duty to ‘spoon-feed’ a sophisticated, passive investor. Plaintiffs had significant responsibility to oversee their own investment and be aware of the actions that were being taken.” . . .

Now, over six years after the fact, plaintiffs have shown considerable delay in filing their claim, and therefore the record shows inexcusable and unexplainable delay. The record shows that plaintiffs had sufficient knowledge of their rights, as established by the presumption of mailing and other documents plaintiffs received concerning the conversion. Therefore, plaintiffs, who are sophisticated investors, had sufficient opportunity to assert their rights.

Recall that the definition of laches also requires that the delay cause “prejudice” to the other party. Here, too, the appellate panel agreed with the lower court’s findings:

Timeliness aside, plaintiffs’ inexcusable delay in objecting to the conversion has prejudiced defendants. Prejudice would result from complications in refinancing and by witness memories fading. Since the 2007 Freddie Mac refinancing, [the LLC] has refinanced twice, and the terms of its most current loan could imperil the loan if we reverse. The loan terms state that [the LLC] “will not take any action . . . to change its legal structure[.]” The loan further notes that failure to comply with this requirement will constitute an event of default for [the LLC]. According to defendants, a default on the loan “could have [a] catastrophic impact across the entire loan portfolio[.]” The passage of six years since the conversion presents significant practical problems as “documents may no longer be available” and parties’ memories may have faded.

There’s a Latin maxim, “equity aids the vigilant, not those who slumber on their rights.” In Bruder, it appears the plaintiffs went into hibernation for almost six years despite actual or constructive knowledge of the partnership’s conversion to an LLC. Their lack of vigilance might not have undone them had they sued for money damages only within the applicable limitations period. By seeking the equitable remedy of rescission of the conversion, however, they laid themselves open to the equitable defense of laches which proved to be their undoing.